How the Wireless Internet Revolution can reduce operating costs 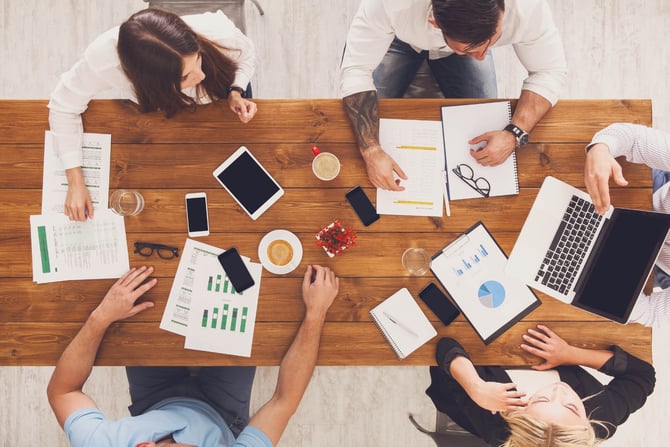 If you own a small business, more WIFI equals fewer phone bills.

There’s a lot of tech news on the home page of Forbes today. Dell is going private, America is on the verge on nationwide wireless coverage, there are issues with privacy settings on Facebook, and your iPhone isn’t as safe as you thought it was. I’m going to ignore the story about iPhones, and the story about Facebook because some variation of those stories appears on the Forbes homepage every day. As a business owner, CEO’s and PE groups taking a public company private is great food for thought.

A nationwide wireless network is a game changer.

The privatization of companies has been a hot topic in the press lately; Richard Shulze, the founder and former chairman of Best Buy is attempting to recapture the throne at his electronics empire. Facebook also went public last year; as I’m sure you know, the social networking giant had one of the least successful IPO’s of all time. Now Dell, the struggling manufacturer of personal computers, is taking itself off the stock market.

If I owned a business, I would be doing some serious goals reevaluation right now. Want to take your company public? Why?

In more important news, the federal government is working with television stations to turn The United States of America into a giant wireless hotspot. What does this mean for your business? Building a wireless network of this size is an enormous undertaking, but once it is completed, nationwide wireless will mean that you don’t need a cellular telephone. You will be able to use Internet-based applications for everything, Skype or Google Talk for phone calls, and Whatsapp for text messaging.

Unless you’re in the mobile phone business, this is great news. In the not so distant future, you won’t be paying a cell phone bill. If you provide your staff with phones, your operating costs could go way down. Also, even though this seems impossible, more WIFI means that the growth rate of internet access by a mobile device is going to increase.

If you don’t have a mobile version of your website, it’s time to start thinking small…

Want to talk privatization, mobile SEO, or nationwide WIFI? Chime in on Facebook.

Aug. 31, 2021 | Posted by The Alternative Board
Ironically, technology enables us to get our work done anywhere and become more productive but also takes us down many time-wasting activities and paths. When we are on our devices, it is easy to get...
Read More

Aug. 24, 2021 | Posted by The Alternative Board
It’s too bad there are only 24 hours in a day. Think what you could get accomplished if you had twice that time! Still, effective business leaders know how to make the most of their precious time....
Read More

5 Ways To Tell When Your Business Needs a System Overhaul

Aug. 17, 2021 | Posted by The Alternative Board
We all know that businesses need to accomplish many tasks each day for their companies to function. And they need to complete those tasks efficiently, smoothly, and quickly to thrive. As an...
Read More

How a Smartphone (and Some Great Apps) Can Help Your Business

Mar. 4, 2021 | Posted by The Alternative Board
Virtually everyone owns a smartphone, which we use for an ever-growing array of tasks and entertainment. But smartphones are also extremely useful in the business realm. CEOs and business owners are...
Read More

11 Top Business Apps Every Business Owner Should Have

Feb. 25, 2021 | Posted by The Alternative Board
As an entrepreneur, you handle an onslaught of tasks day in and day out. You are often juggling a multitude of jobs. Competing priorities make being organized and focused on the end goal even more...
Read More