Opinion: Are the Glory Days of Innovation Behind Us? 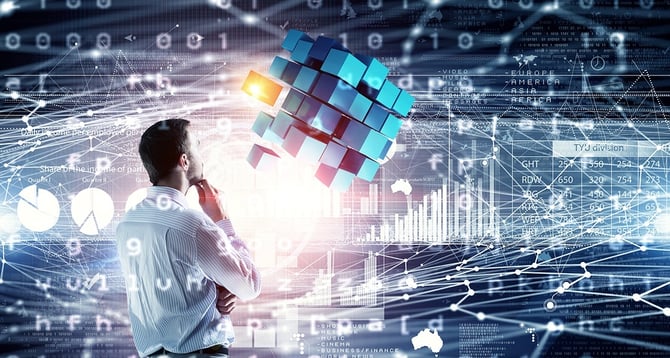 Some may agree we have reached a plateau of invention... or perhaps not.

Robert Gordon published a piece recently in the Wall Street Journal titled Why Innovation Won't Save Us. He argues that our prime innovations are behind us. The period from 1875 to about 2000 had four incredible waves of innovation:

These periods of innovation are commonly known. Gordon does not argue that we won't continue to innovate. Indeed we will. His position instead is that the period when technology innovation has a major impact on economic growth is in the past.

This perspective also has some validity in Malcolm Gladwell's Outliers. Gladwell presents a list of the 75 all-time wealthiest people. The list includes Cleopatra, Bill Gates, and Andrew Carnegie. Gladwell writes "an astonishing 14 Americans are born within nine years of one another in the mid-19thcentury." This is the group of industrialists who were born in the 1830s and generated their massive fortunes in the late 19th century. For all of the excitement about the recent communications and Internet boom, it hasn't created the kind of wealth the late 19th century tycoons amassed.

That being said, there are plenty of great innovations happening now. Current innovations include health care, oil/gas, and 3D printing. None of these promise to have the level of transformational growth from prior revolutions. For example, the author claims that natural gas fracking will not spur growth but instead will hold energy prices at bay and therefore prevent economic decline. I find 3D printing to be absolutely fascinating and, if it holds true to promise, it will be a truly revolutionary technology. However, manufacturing as a percentage of the US economy continues to decline and therefore the impact will be marginal.

Gordon is forecasting not an end of innovation but a decline in the level of economic growth associated with it, especially in comparison with the transformational growth associated with innovations made in the past. If you consider that major innovations can only occur once, it does make sense. For example, you can only develop the telephone once. Similarly, we've seen incredible impact from refrigeration. Now those are behind us.

That being said, these are very exciting times. Thinking about a personal genome sequence to identify your susceptibility to certain disease and creating custom medications is indeed fascinating. I'm optimistic about continuing the torrid pace of innovation. However, while these breakthroughs will make many businesses and individuals a great deal of money, they may not come with the macro economic impact of previous change.

These ARE exciting times, and even Tony Stark of Iron Man fiction knows there's another discovery or development on each horizon. What is one innovation you know of now that is just waiting for its next frontier?

Jan. 5, 2022 | Posted by The Alternative Board
We’ve said it time and again—the state of a company’s cash flow is among the most significant metrics that every CEO or business owner should track. That’s because cash flow “is a key indicator of...
Read More

5 Cost-Cutting Tips for the New Year

Jan. 3, 2022 | Posted by The Alternative Board
In 2022, businesses will continue to adapt to changing conditions in the global marketplace. But as much as things change, certain operational fundamentals remain the same. Key among those...
Read More

Dec. 15, 2021 | Posted by The Alternative Board
For the smooth running of a small business, no paperwork may be more essential than financial reports. These documents inform business owners and CEOs about the success or lack of success in past...
Read More

Aug. 31, 2021 | Posted by The Alternative Board
Ironically, technology enables us to get our work done anywhere and become more productive but also takes us down many time-wasting activities and paths. When we are on our devices, it is easy to get...
Read More

Aug. 24, 2021 | Posted by The Alternative Board
It’s too bad there are only 24 hours in a day. Think what you could get accomplished if you had twice that time! Still, effective business leaders know how to make the most of their precious time....
Read More

5 Ways To Tell When Your Business Needs a System Overhaul

Aug. 17, 2021 | Posted by The Alternative Board
We all know that businesses need to accomplish many tasks each day for their companies to function. And they need to complete those tasks efficiently, smoothly, and quickly to thrive. As an...
Read More