FIND A LOCAL BOARD
TAB WORLDWIDE

Media Training – You Only Get One Chance to Make an Impression 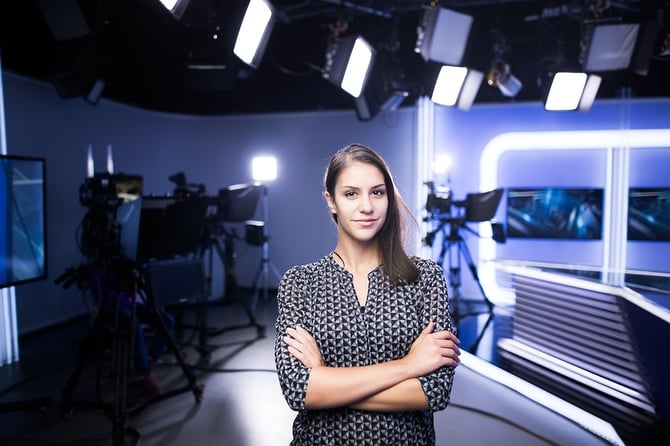 Sharon Cain, a former on-screen Sky TV and BBC reporter, trains key spokespeople from the public and private sector on emotive issues spanning investment decisions, deaths, redundancies and controversial planning applications. She also educates organisations’ on the wealth of opportunities they can harness across broadcast and print media by positioning themselves as industry experts.

With weekly viewing figures* powering to over 5 million for Sky News and almost 10 million for BBC News - when invited to be interviewed live on camera the objective is to be a success and be invited back as opposed to a jabbering wreck.

Cain says: “There’s nothing more cringe-worthy than a company spokesperson floundering in a TV or radio interview because they are not equipped with the right skills and fail to come across as competent and confident.

“Contrast this with a powerful advocate of an organisation who can lead and steer the interview and provide a strong ‘soundbite’. Reputations can be won or lost in media interviews - which make it even more incredible that many organisations assume they don’t need media training.

“There is likewise a real problem with potential interviewees thinking the training merely involves being taught how to answer tough questions with a succinct soundbite - and that anyone can do it. Effective training provides an invaluable insight into the media and sound understanding of how it operates to enable interviewees to see the bigger picture in the literal sense of the word.”

Cain also highlights how seismic media changes and unprecedented internet developments have heightened the importance of responding to opportunities and rolling them out across traditional and digital platforms.

“With continued financial pressure on media outlets, understanding your media has taken on an unprecedented importance. Journalists don’t have time to rewrite convoluted articles or press releases - neither do they have the capacity to coach people into giving a good interview or edit long, rambling answers - you have to help them by hitting the mark first time.

“The pressure on the media to fill airtime, columns and on-line content presents opportunities to reach a far wider audience by becoming an asset to them – journalists call us at Quest their ‘Go to’ people.

“Savvy organisations understand the differing requirements of the print and broadcast media –  for example, ensuring a story has ‘legs’ to enable forward planners in TV to visualize how the story will stand up with footage and interviews.”

According to Cain, a key issue is that many businesses also put the wrong person forward to be interviewed by the media – assuming it should automatically be the CEO, Managing Director (MD) or COO.

She says: “If your company’s MD, or chosen spokesperson, does not come across as credible or sympathetic - particularly in relation to a sensitive story - then it’s vital that someone else in the company is trained up to be the media spokesperson.”

Maximising the opportunities such as being called on the media as an industry expert or thought leader can not only leverage businesses above their competitors but also power their sales pipeline. At Quest we’ve experienced how clients have benefited from new business contracts and enhanced their profiles and reputations by piggybacking on the news agenda and providing expert comment and/ or interesting perspectives on the news.

“As a former TV and radio journalist I would always contact the competent and confident spokespeople who understand the importance of reacting fast and who delivered for my news organisations time and again.

“In today’s competitive climate and with predicted slow growth ahead – can your company afford not to invest in top class training to catapult you into the media spotlight and showcase your expertise?”

How a Smartphone (and Some Great Apps) Can Help Your Business

Mar. 4, 2021 | Posted by The Alternative Board
Virtually everyone owns a smartphone, which we use for an ever-growing array of tasks and entertainment. But smartphones are also extremely useful in the business realm. CEOs and business owners are...
Read More

11 Top Business Apps Every Business Owner Should Have

Feb. 25, 2021 | Posted by The Alternative Board
As an entrepreneur, you handle an onslaught of tasks day in and day out. You are often juggling a multitude of jobs. Competing priorities make being organized and focused on the end goal even more...
Read More

Feb. 16, 2021 | Posted by The Alternative Board
For years now, large-scale businesses have been employing Artificial Intelligence (AI) to help drive productivity and high performance. This same technological advantage is available to small...
Read More