Leveraging Generational Differences in Your Team 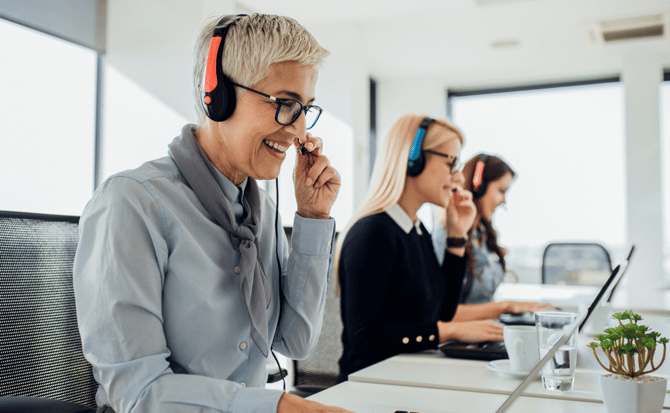 For the first time in the history of the world, the U.S. and global workforce consists of five generations of talent; a dynamic that is challenging businesses to rethink how they engage and motivate a multigenerational team of employees.

While it would be a mistake to define individual employees by a strict generational standard, in general terms, each group does possess its own talents, communication styles, and preferences on work dynamics.

To understand how to best motivate and engage such an age-diverse workforce, let’s first look at some of the traits that appear to define each generation.

The Silent Generation began entering the workforce in earnest after World War II and were greatly influenced in their formative years by the Great Depression. Perhaps due to these hardships, the Silent Generation has since tended to be no nonsense, hard-working, stick with the grind employees.

By the time laptops took root and technology began to soar in the early 1990s, the eldest in the Silent Generation were already in their fifties.

Next comes the Baby Boomers, a generation too young to remember World War II , but old enough to directly benefit from post-war economic growth and an increased focus on education. Boomers possess a very strong work ethic and a substantial preference for in-person, on-site workplace engagement. They tend to favor the “work” side of work-life balance. Boomers are perhaps the last of the “gold watch” era who tended to at least attempt to build and maintain their careers around a single employer.

While Baby Boomers were among the first purchasers of home computers, they tend to lack enthusiasm for new technologies in the workplace.

Generation X were more likely than their predecessors to be raised by single mothers or divorced parents. Perhaps in response to being latch key kids, Gen X tends to be a resourceful and independent group who were among the first to prioritize work-life balance.

Gen X were also raised to some extent on the concept of next generation technology. They were the first to embrace social media and were foundational players in the Dotcom boom in the 1990s.

Generation Y, also famously known as the Millennials and even Generation Me, is devoted to personal health and wellness, a more liberal belief system, and a steadfast demand for work-life balance. Due to their formidable technology skills, Millennials found themselves at the wheel of changes in labor force and workplace engagement, with industry accommodating Millennials’ employment requests to secure the next-gen tech talent they required.

Millennials were raised on technology and are quite skilled at user adoption.

Gen Z, also known as Zoomers, is the most educated, driven, and competitive generation in the history of the world. They are unwaveringly socially conscious, incredibly adaptable, and exceptionally self-motivated. They also expect to be rewarded for a job well done. Older Zoomers, who just recently began entering the workforce, likely have no memory of a world before 9/11. But what they have always had is access to emerging technology. And they know how to use it.

In fact, Zoomers are the most formidable, widespread users of technology today. They were practically bottle fed on iPads, personal apps, social media, and digital streaming services. Generation Z is poised to push technology to the next level.

The Challenges of a Multigenerational Team

Because each generation possesses its own set of collective experiences, motivators, goals, communication styles, expectations, and talents, a multigenerational workforce often requires something beyond a one-size-fits-all management approach, particularly within small businesses.

Generational differences can sometimes create oppositional dynamics in which one group feels another is underperforming or receiving preferential treatment. Boomers for example tend to prefer in-person meetings (particularly now with easing COVID restrictions). Millennials on the other hand would rather check in from home or another remote work location. As a business owner, even if your management approach to meetings is to accommodate both styles, your Boomers might consider your Millennials coddled, and Millennials might consider those Boomers stodgy. Neither might be true, but it doesn’t matter. Perception is reality.

Play this script out over any number of scenarios and multiply it tenfold to begin to understand the management challenges multigenerational teams can pose.

To promote employee performance, contentment, and respect throughout your multigenerational organization, business leaders and management teams should consider the following:

Leading a multigenerational workforce can present its challenges. But by embracing generational diversity and allowing employees to contribute in the ways they find most natural and satisfying, business owners can create stronger teams, an elevated work product, and a much more satisfying company culture for everyone.