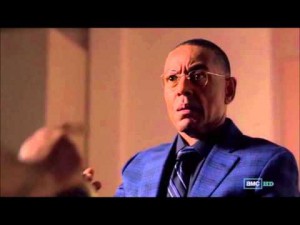 Matt Ridley is my favorite science writer. He has written for the Wall Street Journal a lot and has also authored what I found to be the most accessible and interesting book on the Genome. Ridley wrote another gem Why Bad Theories Happen to Good Scientists. The article focuses on confirmation bias.

Confirmation bias is when scientists attempt to find evidence that supports their theories. A good scientist would operate with the opposite intentions -- as soon as a they developed a new theory, the scientist would prove their theory with unsuccessful attempts at disapproval. However, in practice, scientists spend most of their effort proving their theories - sometimes with very embarrassing results.

Ridley points out that other professionals, doctors and lawyers in particular, have this same confirmation bias. The bias often intensifies as they become more senior in their fields. These professionals have been known to become so confident in their view of the world that they only seek out evidence that supports their own theories. They rationalize observations, opinions, and even evidence that contradicts their beliefs.

Anyone reading this post is probably thinking: "I can't believe people do this. I wouldn't do this myself." But we're only human. And confirmation bias is a natural human behavior.

Now think about your business ideas.

What long-held beliefs do you have about your business or your market?

Do you have evidence to support your beliefs?

When was that evidence gathered? With the Internet economy, the marketplace is changing fast. Is your "evidence" still valid?

Who on your team challenges you? Does your team support a "group think" culture of confirmation bias?

As the business owner, have you established a business culture where your employees are not afraid to challenge you and your beliefs?