How to be an Effective Manager in a Small Business 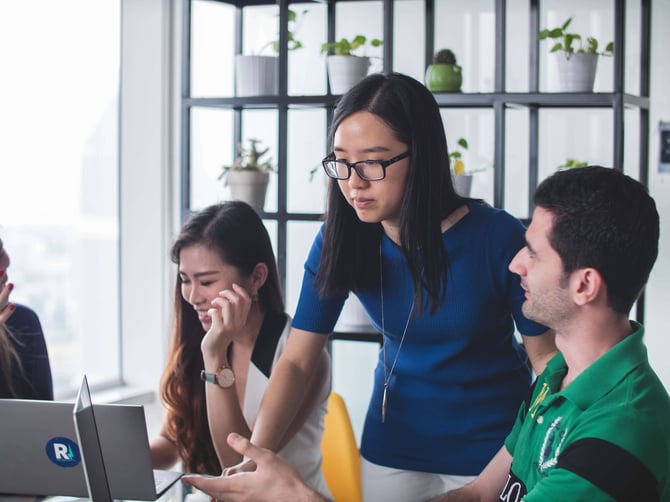 People are what make up a business and managing them is one of the key tasks of any business owner or managerial level employee. Being an effective manager at a small business requires you to understand your working style and that of the people who work under and alongside you. But what style best fits you best and how do you find out about it?

We at Venngage examined Disney’s Lion King and found that the movie made some interesting observations about management skills. For an animated children’s movie, Lion King is deeply relevant to the workplace, particularly the managerial level.

We put our findings together in an infographic that you can see below but we have a few highlights first. Read on to find out about the Lion King management styles we found and how they can help you be a more effective manager.

The managerial books of yore emphasize the importance of leading by example and that is definitely exemplified by Lion King’s Mufasa. The tragic leader was caring and nurturing, with a focus on effective communication that was evident throughout the film.

Employees need to feel that they are part of a team, that they aren’t being overseen constantly, but can still speak to their manager when they need to. An open door policy would encourage more communication between employees and managers, while still giving the team enough autonomy to grow on their own.

Also seen in Mufasa’s management style is his firmness. This is not a man (or lion) that would allow his charges to deliberately go against his wishes, let alone harm his people or company. He would be transparent about his desires, and open about his disappointment if the employees failed to follow the business plan.

While a number of aspects of the traditional managerial model work well even in a modern setting, one needs to ensure that some other old-fashioned features are left behind. A number of traditional managers give more credence to employees who have been loyal to the company longer, rather than to newer employees. You don’t want to risk alienating new workers, so focus on the work they do, and not on the length of their stay at the company.

Traditionalists also tend to avoid conflict, even allowing toxic and dangerous employees to continue to thrive. While watching Lion King, one can’t help but be surprised that someone like Scar wasn’t removed from the pride sooner. Conflict resolution may be hard, but if it can halt elements like Scar destroying the business, then conflict needs to be engaged in and resolved.

In Sarabi, Mufasa’s wife, we see a more updated management style that focuses on engaging with employees, and fighting for them. While Mufasa encouraged his employees to openly communicate with him, while still avoiding conflict, Sarabi is the kind of leader who dives into conflict in an attempt to protect her employees.

Employees need to feel like their managers would go to bat for them, and that is what you can learn from Sarabi. Letting your team know that you will be there for them no matter what happens is likely to build loyalty faster than any other method.

As a manager, you mustn’t be afraid to dream. Like Simba, who dared to want a better life for his pride, you need to be open to being progressive. If you see something in another company that you think might work in your organization, research and plan for it.

Being progressive is all about being open to new ideas and concepts, and a willingness to experiment. Let your team know that you are happy for them to try something new, and that failure is only a stepping stone. The last thing you want to do is encourage team members to experiment, only to come down hard on them if they don’t succeed.

Another aspect of being a progressive leader is to acknowledge your own failings. Accept that you aren’t perfect—because nobody is—and let your team know when you have made a mistake. This will not only foster positive feelings among your team, but will encourage them to be more communicative and collaborative.

Progression shouldn’t only be focused on achieving company goals—cultivate growth strategies for your team. Open up opportunities for them to learn new skills, on company pay, so that they can achieve their dreams, not just the company’s.

The Lion King’s Rafiki may not be the first character that comes to mind when discussing management styles, but he is certainly a leader in his own right. From what we have seen in the movie, Rafiki would be the kind of leader that focuses on the growth of his employees, instead of only on KPIs.

A growth-minded leader like Rafiki is always open to innovative ideas, and encourages their team to work outside their comfort zone. This is the kind of leader who wouldn’t hold much store for regular working hours—he is looking for results, not how they are achieved.

A management style like Rafiki’s would work very well for a small business that isn’t afraid of thinking outside the box.

Though you want to encourage your employees to learn more, to grow, and to foster company loyalty, the last thing you want to do is micromanage. It’s great to show your employees you care about them by checking in every so often. But if you do it too often, or give them too many instructions, you are likely to come across as a micromanager.

You want to be as flexible as possible, because small businesses are constantly adapting. By micromanaging, you may feel like you are controlling a number of aspects of the team and business, but you will only end up stifling your team.

Have Fun, But be Firm

Nobody likes a negative manager, and though it can be hard to be positive at all times, it fosters a great environment in your team, and company. Try to encourage your employees to enjoy their work, and being part of a team. But don’t focus on the fun at the expense of everything else.

A light-hearted environment is great for productivity, but remember to delineate play time and work time. Give your employees enough opportunities to speak with you, and to grow on their own, while still fostering loyalty to the business and achieving your goals.