The Power of Purpose: Do Businesses Need a Higher Purpose? 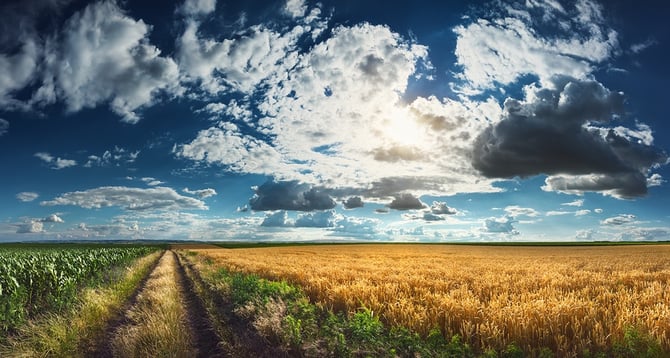 The  Chocolate Wars is a fascinating story about the history of the chocolate industry; written by Deborah Cadbury. Of course, Mrs. Cadbury's family business was featured in the story; Nestle, Hershey, Mars and many other companies were are also detailed. This history covers the origins of each of these businesses, the colorful individuals who lead the companies, and the many challenges that chocolate executives face. We now take the basic chocolate bar for granted, yet, the process of solidifying chocolate into bar form, and eliminating the bitter taste was a major scientific achievement.

For Cadbury, their chocolate was originally crafted in a Dickensian factory in Birmingham England.  Cadbury family members were active in volunteer programs that worked to educate the poor. Yet, for them, that wasn't enough. Richard and George Cadbury searched for a better way, and ultimately, settled on Bournville, in the English countryside for their new factory. But their new premises was more than a factory, Cadbury built an entire community around the factory. This community included affordable housing, sports facilities, parks and educational institutions. The environment for workers was suddenly transformed from the dirty streets of Birmingham, to the ideal country setting in Bournville. The family was satisfied that they could offer more to their workers than just employment.
Milton Hershey did many of the same things in Hershey Pennsylvania. Partially motivated by the Mennonite values on his mothers side of the family, he built an entire town around his business.  Another key motivator for Hershey was that he had no children of his own. The services in Hershey PA were catered towards young, disadvantaged boys.
Profit alone did not drive these great confectionery families. In fact, George Cadbury thought that money was the root of all evil, and allocated his fortune to a trust for the disadvantaged, rather than giving it to his kids. Mr. Cadbury wanted his children to pave their own way.
Back to present day. My question is whether it is it important that a business  provides a greater good than delivering their product or service, and making a profit? My answer is that running a business today contributes to the greater good in more ways that many people realize. Businesses:
In the 19th century, businesses were able to run much more profitably. In the US, income taxes were not a permanent fixture of the economy until 1913. Moreover, the cost of regulations was non-existent when these businesses were starting; not so today. In the 1800's, businesses were making profits that allowed good-hearted business owners to invest significantly in making their communities a better place. Now, it is much more costly to run a business. The government also does a lot more for its citizens these days, especially for the less fortunate. The taxes that businesses pay make up a significant portion of the money used for these programs.
For businesses making tremendous profits these days,  spending on community improvement and workers welfare  is to be applauded. Hats off to the  Tom's Shoes of the world. But for most small businesses, operating costs make altruism impossible. And, because the taxes they pay contribute significantly to the programs that make their communities and their countries a better place, small businesses do indeed contribute significantly to the greater good.

So, do businesses need a higher purpose?  Chime in on  Facebook.